The Arabian horse, one of the most charming and graceful of animals — and the most famous horse breed — is the stuff of legends. As the name indicates, the Arabian horse originated from Arabia —the the vast 2,590,000 sq. km arid peninsula situated between the Persian Gulf and Red Sea thousands of years ago.

Sagas and yarns about Arabian horses can be traced several millenniums back, graced by larger-than-life historical characters including kings, queens, and seers, and covering all continents.

The grace and elegance of Arabian horses have regaled and mesmerized both elites and commoners for ages. The Bedouins treasured the Arabian horse so tremendously that they frequently hid them in their marquées to dissuade robbers and bandits from stealing them. There are near-infinite intriguing Arabian horse facts that equine enthusiasts would find fascinating.

However, it is not possible to present all enthralling facts about Arabian horses in this blog. Nevertheless, we have tried to put together some of the most stimulating Arabian horse facts.

#1. The exact place of their origin is still not confirmed

Though the majority of historians, archaeologists, and chroniclers believe that the Arabian horse originated from Arabia, concrete evidence to attest the same hardly exists. What historians know with a fair degree of certainty is that the breed is more than 5000 years old, and the most purebred amongst all horse breeds. The Arabian horse was the first horse breed to be domesticated and tamed.

But nobody knows for sure where exactly the breed was spotted for the first time or where they hailed from initially. However, it is indisputable that this breed of horse was first raised with reasonable care in the Middle East.

The natives and aborigines of the Arabian Peninsula — the Bedouin tribes — were the first to breed the Arabian horse two to three millennia back.

Arabian horses are so called because this equine species was initially bred in the arid plateaus and plains of Arabia. The horses were very amenable to training for battles and wars by cavalrymen, and they were also energetic enough to gallop for long distances. The Arabian horse was introduced to the rest of the world from Arabia.

#2. Oldest amongst all horse breeds

Almost all historians, archivists, and annalists agree that Arabians are the oldest and the first registered breed of horse. Some authoritative sources point out that the breed has been around for the past three thousand years, while many reliable sources claim their legacy dates back even further.

Nevertheless, there is enough archaeological evidence to corroborate and substantiate that Arabian horses were domesticated in the Middle East approximately 5000 years back.

#3. The Arabian horse is the forerunner of several horse breeds

Arabian horses have been crossbred with numerous other horse breeds, which have led to the evolution of many popular strains. Some of the popular crossbreeds include the Morgan, American Quarter Horse, Thoroughbred, Morab, Welara, and Quarab. 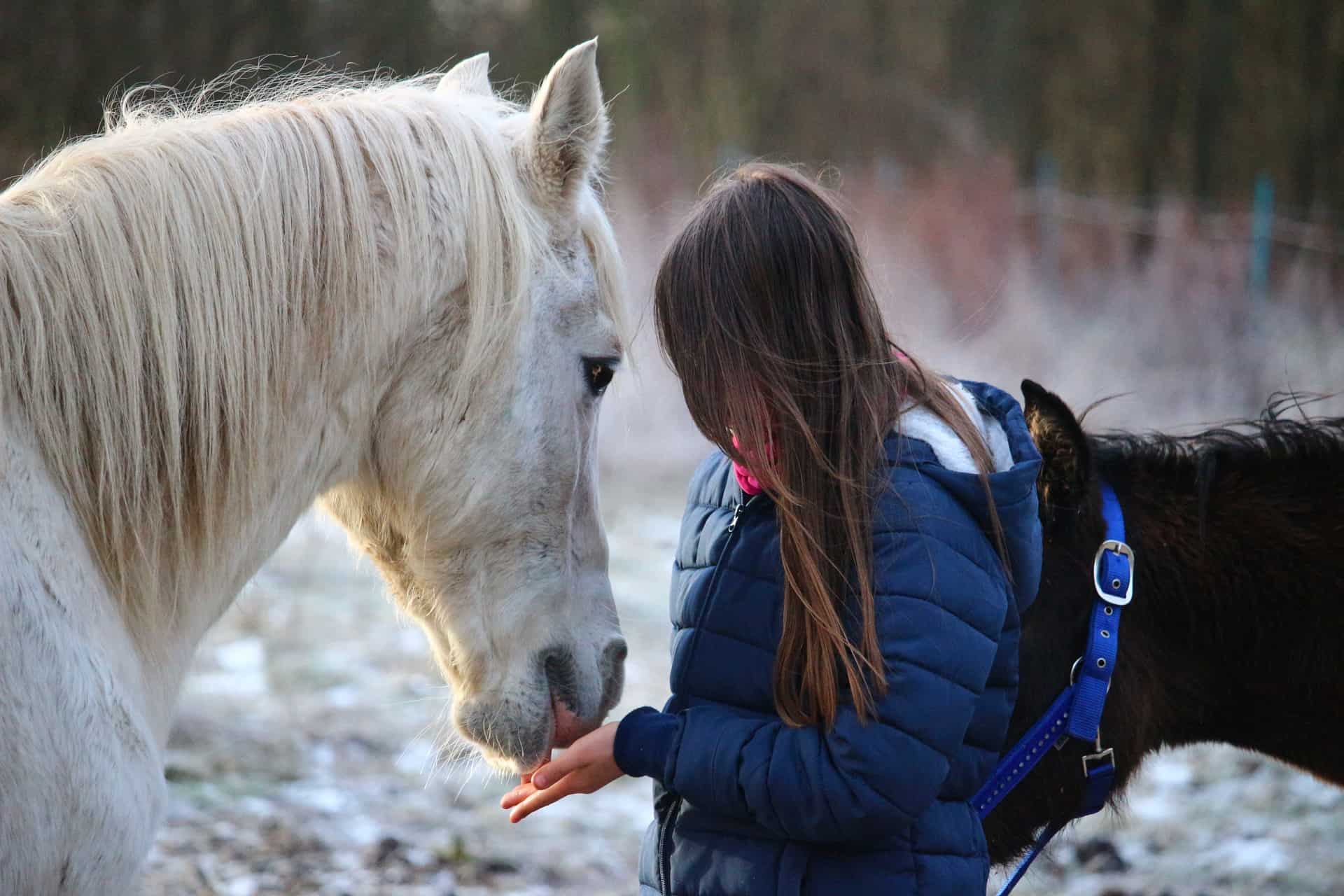 Arabian horses have a perfectly chiseled form and a delicately set mien with innocent, somnolent eyes that make them endearing. Anybody who has even the slightest of predisposition towards horses will instantly fall in love with the Arabian steed owing to its muted yet imposing appearance.

The fact that Arabians tend to be very people-friendly and intensely loyal to their masters is one key aspect of their appeal.

The modest yet hot-blooded temperament of Arabian horses makes them perfect not only for domestication but also for competitions. You can quickly identify an Arabian horse from a distance owing to its unique and distinguished appearance. Vaulted crest and neck, little backside, broad-set eyes and chest, and high tail carriage are some distinctive physical traits of an Arabian.

One good reason why Arabian steeds are so famous and admired throughout the world is because of their incredible endurance. That the Arabian horse was initially raised and bred in the bone-dry deserts of the Middle East accounts for their astounding endurance power.

On the other hand, it is the unique skeletal structure of the horse that makes them quickly adapt to different climes. Unlike other breeds of horses that have rapidly twitching muscle fibers, Arabians have muscle fibers that contract and expand slowly.

The Arabian’s slowly twitching fibers enables the equine to use oxygen with greater efficiency, thereby letting the animal gallop or canter for long distances.

#6. Served as a mount for both noted and notorious historical characters

Turn back the pages of history books, and you’ll find that every seven out of ten famous historical characters preferred to mount on Arabians. Some of the most recognized and notorious historical figures that invariably chose Arabian horses as their mount included Genghis Khan, George Washington, Alexander the Great, Rana Pratap, and Napoleon.

Contrary to what you may think, the Arabian does not suffer from any congenital or hereditary health disorder. The Arabian is one of the healthiest of all horse breeds. 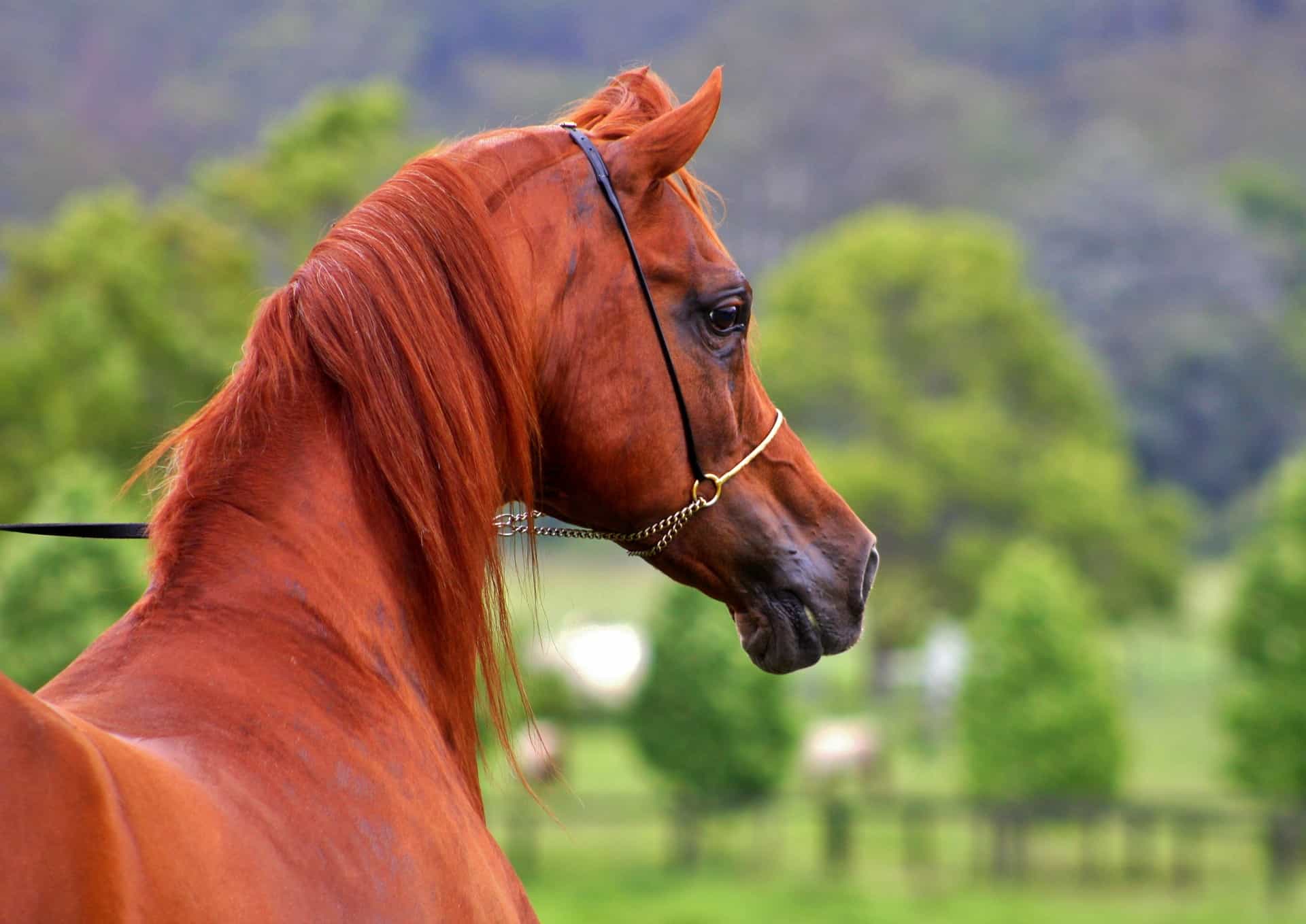 Arabian horses have participated in some of the most significant wars and battle the human race. Also, the steed has inspired the evolution and development of some of the top horse bows, including but not limited to the Mongolian horse bow, Kainokai horse bow, and Hungarian-style horse bow.

Talking about the Arabian horse’s feed for health, the equine can spend days without water, grass, and hay. This resilience stems from the fact that the Arabian was chiefly bred to be a warhorse. There’s no disputing that Arabian horses can survive and thrive for long periods without any water or food in comparison to other horse breeds.

#10. The most versatile of all horse breeds

Of all the Arabian horse facts we have listed so far, this one has to be the most interesting. Arabians have not only graced epochal battles and wars through the ages but have participated and done exceptionally well in numerous equestrian events, and endurance riding meets.

No wonder their adaptable temperament and intelligence have made them the most versatile of all horse breeds in the world.