Horse reproduction is an important topic for those who want to breed their horses and create offspring. Those who are new to caring for horses often wonder how do horses mate. The answer to this question is fairly straightforward, but there will be some work involved in the process. This article seeks to answer this question and go into further detail.

As with many animals, horses begin to start the mating process in the spring months. This happens is for a couple of reasons. In the spring, the temperatures are warmer and there is more natural sunlight exposure. When these are combined, horses will begin to experience an increase in sex hormone production.

When females are in heat, they begin to release pheromones in their urine. Male horses can smell these pheromones, which will excite them and encourage them to mate with the females. 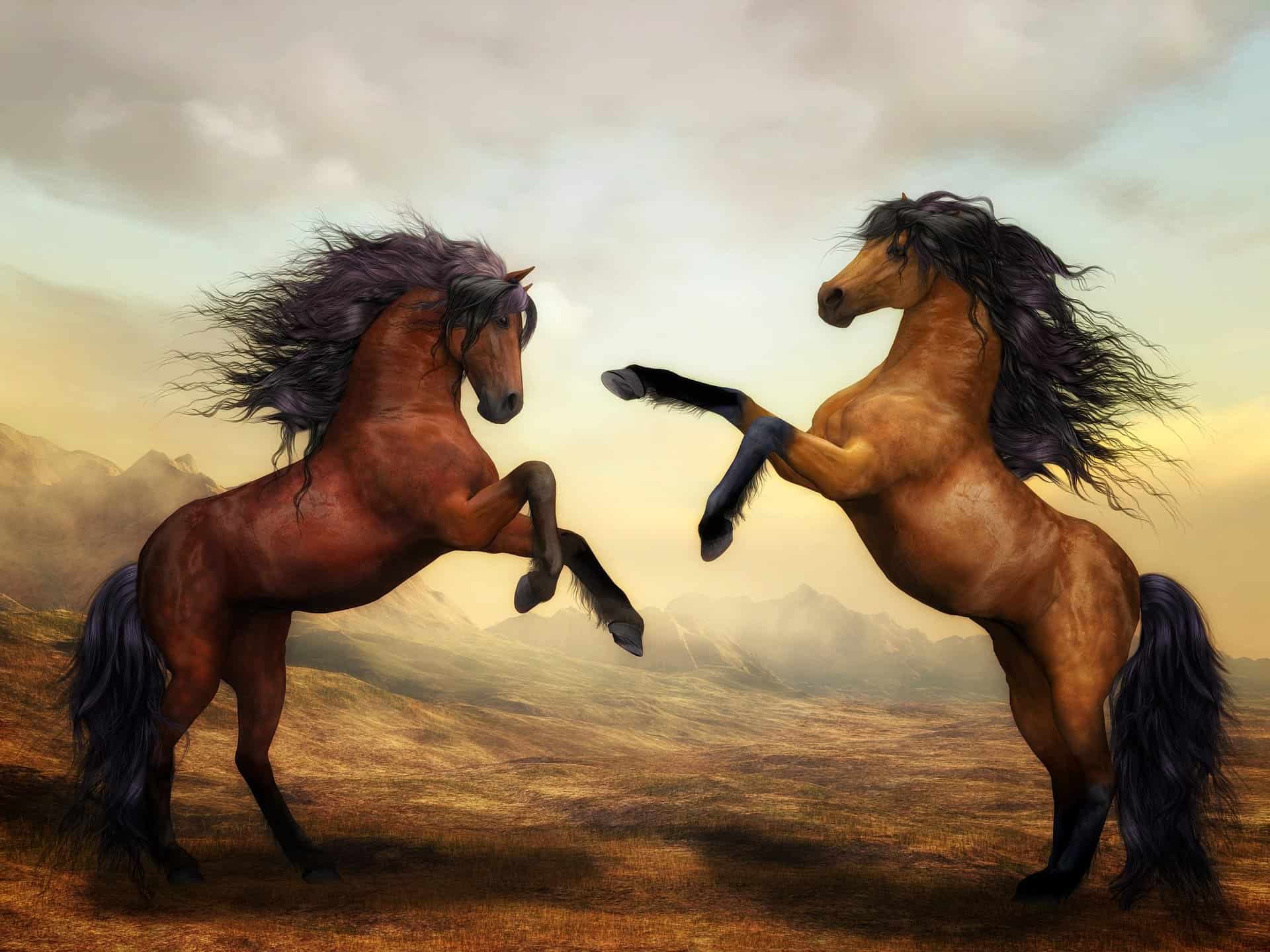 Understanding the Mechanics of Horse Reproduction

Mares do not ovulate until the seasons change and there is more light and heat. Mares typically go into estrus every twenty-one days during the warmer months of the year. Their bleeding will last up to five to seven days, and they are only fertile during the last twenty-four to forty-eight hours of their cycle.

Unlike females, male horses remain in heat constantly. They will be ready to mate at any given time, as long as a mare is fertile and welcoming.

A mare cannot give birth until the age of four. Once a mare reaches this age, she can safely carry offspring to birth. If you plan on breeding horses, you will have to wait until the mare is of age.

How Do Horses Mate?

Courtship is the very first step involved in horse mating. Males will attempt to capture a mare’s attention before they try to mount her. When the male is attempting to court the female, he will begin to emit a specific neigh that is only released in this period. He will also arch his neck and attempt to appear as muscular and powerful as possible.

Finally, the male will perform a circle dance before the female, signaling to her that he is ready to mate. If the female seems receptive to his advances, he will nuzzle her neck and mane. If the female is ready, she will lift her tail, allowing the male to mount her, so they can mate.

What About Horse Gestation?

Once mating has taken place, the waiting game begins. The gestation period of average mares is around eleven months. During her pregnancy, the mare will require complete nutrition. The right diet is key for ensuring the foal will develop healthy. The mare should remain active to ensure she keeps a balanced weight and does not begin to lose muscle mass during her pregnancy.

Now, you should have the answer to your question regarding how horses mate. It is a beautiful and natural process and happens the same in the wild as it does in captivity. The end result of mating is often a beautiful foal that takes on the genetics of both parents. When done correctly, mating can happen frequently until pregnancy occurs in the spring and summer months. Make sure your mare receives veterinary care during gestation for the healthiest pregnancy.